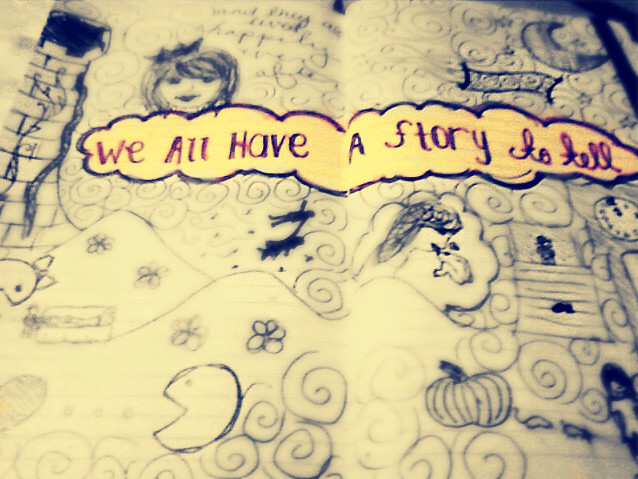 Once upon a time, there was a small girl named Adi. Adi was an energetic and enthusiastic girl who loved playing at home, visiting the local parks and going to school. It’s true! She really did love her School! Well, it’s mostly true. She loved almost everything about school except for one thing-that most awful and dreadful task known as…writing. Adi detested writing with all her heart! Story writing, letter writing, diary entries, poems…you name it, if she had to write it, she hated it!

At home her parents simply didn’t know what to do. At school her teachers found it harder and harder to motivate Adi to write. They just couldn’t understand why this little girl hated writing so much! And so each year at her school,  Adi found newer and more varied reasons to hate writing with an even greater passion.

Adi’s parents eventually gave up and her teachers started to think that she was a lost cause.

Just when everyone had given up a new teacher suddenly arrived at her school. The teacher was called Miss Lennon and she was different. For a start, she didn’t dress or talk the same way as the other teachers did. To Adi, she seemed more alive than the other teachers.

Miss Lennon encouraged the students to take more of an interest in the world around them. She also told them fantastic stories that made them think about things in a different way. She listened to the children’s stories, laughed at their jokes and made them feel a part of something new and exciting.

However, this wasn’t the best thing about Miss Lennon. No, the best thing about Miss Lennon for Adi, was the way she made English lessons feel! She used maps, pictures, drama and debates to make stories and poems come alive. She transformed the English lesson into a fun and interesting place to be. One day, she introduced Adi and the rest of the class to the digital story. The story being shown belonged to a friend of hers. The brilliant thing about the story was the way it combined the student’s original story with Miss Lennon’s voice over, sound effects and images.

Miss Lennon then demonstrated how it was possible to use an Application called iMovie to create a story that could be uploaded to the web for everybody to see and hear. The combination of images, sound effects and an interesting story line hooked Adi like the proverbial fish seeing a work wriggling on the end of a fishing line.

Adi had always loved making her own movies at home and she desperately wanted to know how to do it!

So she went to see Miss Lennon during her break and asked her if it was possible for her to make a digital story. Miss Lennon said “Of course it is Adi,” and explained how the application worked. She showed Adi how to add effects, record her voice, cut video or images and choose a sound track. Miss Lennon also explained that Adi would need to write a story script for her digital story before she began recording her movie.

Adi writing a story script? That didn’t sound good! But do you know what – she didn’t care! She was going to make a movie – no matter what it took to make the movie, she would make it!

This story helps to remind me of the impact that a different medium (in this case digital storytelling) can have on those children who are reluctant to write. Personally, I think that the correct use and application of digital media has a pedagogical impact on children that is beyond measurement.

A poem complete by a child at home, then recorded, edited and produced by me on iMovie and uploaded to YouTube.

An explanation of the rock cycle written and recorded by a student then edited and produced by me on iMovie. Afterwards it was uploaded to YouTube.

A five sentence story summary written and recorded by two students. The story was then edited and produced by the students on iMovie. Afterwards it was uploaded by students to my YouTube account.

Creating and watching digital stories has the potential to increase the information literacy of a wide range of students. Moreover, digital stories are a natural fit for e-portfolios, allowing students not only to select representative artifacts from their academic careers but also to create compelling resources that demonstrate the student’s learning and growth – Digital storytelling by Educause learning initiative